Posted by Tita Ugalde – FPA Education Director
The new website is launched along with a new FPA disc design, by Dave Bolyard, and a bonus interview!

Dave actually submitted several designs for the 2015 disc, but when asked specifically about the inspiration for the winning design this is what Dave had to say:

“I was inspired for this design by the contest for the FPA disc design. However, I am always examining design ideas for graphics, posters etc…especially for the things that remain foremost for me, music, art & design and of course, frisbee. This is an adaptation of an earlier design (approx 2008) for the perkypostercompany.com ( a still in the development phase, art company of  my own designs) As you may have seen in the submissions I sent, I am often looking for some sort of relationship between frisbee and other things in our world that have some sort of relationship (sometimes humorous, kitchy or rather tounge n’ cheek). One or two of the non chosen designs that I submitted this year are good examples of this. I have been doing disc and flying disc related design since the late 1970’s.”

Out of curiosity I asked Dave how he got into “frisbee”:

“While I was in my last year of high school (1975) the G series discs came out from wham-o. My friends and I had been tossing around a pro model, and when we got our hands on the 141 gram disc, the hucking joy commenced ! We loved to go to the football field after school and just fling that disc so far! About a half year later, while at UW-Milwaukee, a group of new found friends (Bethany Porter, Bob Rothman, Andrew Lemann, Jeff Ames and  Kinney Adams (amongst a host of others) started the UW-Milwaukee Frisbee Club. We all learned of accuracy, distance, self caught-flight, frisbee golf and Ultimate together. John Connely, Dave Bradshaw and Alan Blake came to UWM on a rainy spring day and did a half day demo, and we were hooked! We went to the Ann-arbor Michigan indoor tournament (1976 – 1977) and saw a large scale Guts tournament for the first time. We had been playing guts already, but this really fueled our collective fire. The UW-Milwaukee frisbee club remained a chartered club sport from 1976-1981. The UW-Milwaukee number one guts squad (Hong Kong Fireworks Co.) placed 3rd at the GPA world championships in Chicago in 1979, a 64 team bracket tournament. To take third, we had to defeat the famed Library Bar, who had been the team to beat through most of the ’70s.”

Another question I asked Dave is what he most enjoyed about disc play:

“I still love to play guts, but I developed a special liking of the overall field events during the 1990’s. Self caught flight is my favorite event because of the understanding of the wind, an ever evasive study of the natural force of the wind and the flight of the disc. Accuracy has always been a strong event for me, as it is basic to throwing skills. And freestyle, especially mob-oping is perhaps the most fun of all. And perhaps the most enjoyable things about Frisbee play are the people you meet along the way. I have met so many new friends throughout the decades of disc play. From Minnesota to Virginia, from the Upper Peninsula to California and so many places in between!”

There you have it Jammers; insight about the 2015 Disc Design and background about the disc designer, the jammer, the guts player, the overall player, and a real swell guy, Mr. Dave Bolyard. 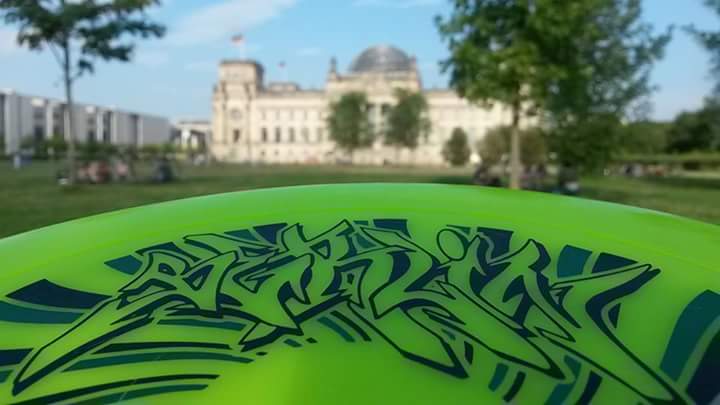 We’re thrilled to announce that the dates for the FPAW in Medellin (Colombia) are confirmed: from the 21st to the 27th of August!

The tournament site will be the “Marte Soccer Field” – https://goo.gl/maps/7cjBF2V6ZAwDJouQA